Confessions of a Self-Absorbed Know-It-All 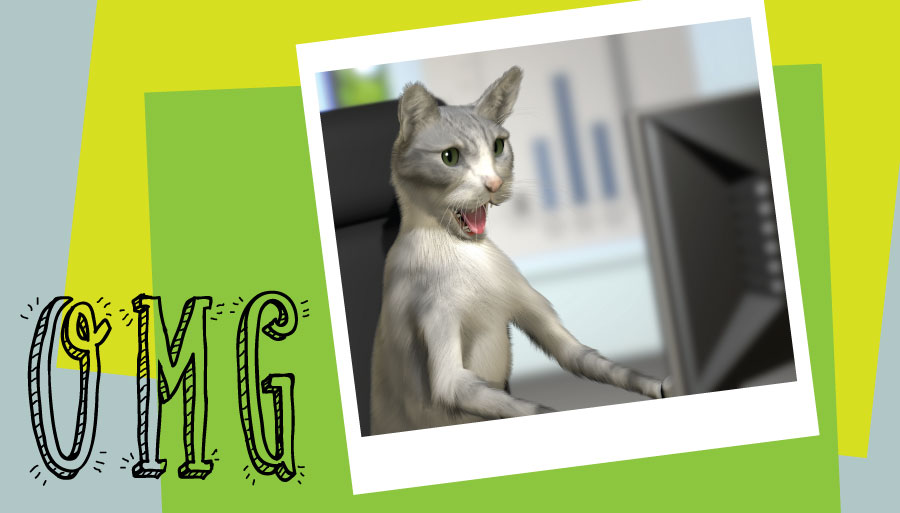 The first thing you need to know about me is that I’m smarter than you.

I’m always right. No exceptions. Once, I got a Mensa puzzle book and found nine wrong answers. I wrote to the publisher with the proof and a verbal beat-down.

In fact, my sh*t literally does not stink. This is both metaphorical—I just do everything right, and physiological—because I’m vegetarian (like Einstein).

Even my best friends are jealous of me.

But I’m really a nice person.

I work for myself as a freelance illustrator. It’s the only way I can get anything done. Humans don’t know how to focus, but they do know how to lollygag, gossip, and look busy while doing nothing, all day long—especially in corporate environments. I prefer working alone, where I can concentrate without inane distractions.

So I’m in my studio one day. I create super-realistic illustrations of products and food for advertising. It goes without saying that I’m good at what I do. I’m good at everything I do.

My senses, like everything else about me, are high-functioning. I see details others don’t perceive. I detect approaching rain before anyone else by scent alone. I hear the slightest flat note. I am the princess who can feel the pea.

So I’m in my studio airbrushing a chili pepper in Photoshop. The chili pepper is playing football, wearing a football jersey and helmet. The chili pepper looks so real and beautiful, I wonder if some consumers will think it’s possible for vegetables to grow limbs and play sports. LOL!

Oh, so you think that comment was mean-spirited? I already told you—I’m a nice person. I can’t help it if most human brains have turned to mush since the advent of cell phones.

If you disagree, then answer me this: Why do people watch reality TV, spend countless hours taking selfies, waste time telling friends about a bad hair day on Facebook, and follow IQ-challenged celebrities on Twitter?

And how about this: Consider the sorts of Youtube videos that go viral.

Anyway, I’m in my studio adding eye-popping highlights to the chili pepper’s exposed skin. I’m listening to ambient chill. I’m nicely amped from a demitasse of espresso topped with perfect crema. The sky outside the window is cerulean blue and clear.

Everything is going well.

And that’s when I first detect “the smell.”

I live in the desert. My house is in the burbs where streets are clean and block walls ensure privacy. I have been to swamplands such as Louisiana and Florida, where molds, spores, and yeasts proliferate in every possible microspace and form webbed or spotted skins on exposed food in a matter of seconds.

In the desert, my sense of smell isn’t compromised by noxious fumes from fungi. The dry air renders subtle scents easily detectable—that is, for someone with exceptional olfaction like me.

So I’m in my studio and everything is going well, until a slight whiff of something truly disgusting breaks my concentration. It wafts past my nose like a word on the tip of the tongue, or a peripheral sighting—amorphous, uncategorizable, fleeting. I sit up at attention and look around. I sniff. I stand up. I sniff.

There it is again!

I settle back down to work on the quarterback chili pepper, but I keep trying to catch a whiff of that smell again. I have a deep need to discover the source.

It’s obviously not in my house, because my house is, as always, immaculate. So where is the smell coming from? I glance at the open window.

I am left with an uneasy feeling generated by intermittent whiffs of something gone very wrong. But it fades from my consciousness as the day progresses. While preparing dinner, I don’t smell it at all.

I forget about it.

My sister calls me. My nephew has a doctor appointment and she asks me to take him. My nephew is nine years old.

I hesitate because doctor’s offices, and hospitals for that matter, are teaming with germs and disease spewed out of inconsiderate people looking for pills so they can go back to work and infect more people there.

But I like my serious nephew, and my sister is in need, so I agree.

We are sitting in the waiting room. I’m conversing with my nephew, trying not to breathe too deeply. I have taken a high dose of vitamin C to offset the extra exposure to viruses and bacteria being sneezed and coughed out of the unwashed masses.

I catch a whiff of something rank wafting past my nose, mingling with various overdone colognes and perfumes emanating from waiting patients, rubbing alcohol, and wrapped fruit candies in the bowl at the front desk.

This gets my attention. I glance at the elderly man sitting across from us. He must be at least ninety. I blame the rank smell on old-age fumes.

I ask my nephew if he smells anything nasty. He says he doesn’t. I ask if he’s sure. He is.

I sneak peeks at the old man. I purse my lips and breathe as shallowly as I can. I’m sure it’s him.

I go to a work party with my boyfriend. I spend an entire evening free of the smell. I begin to think the incidents were isolated. There may have been a temporary leak at some chemical waste plant downtown. And I’m still convinced the old man in the doctor’s office was another source.

(As an aside, my boyfriend just laughs when I mention the smell.)

So I’m at the party. I try to mingle with a group of women at the kitchen island. But I only listen, as I know nothing about the Kardashians or Fifty Shades of Stupid. Someone mentions a fascinating TV show about math and nature. I pipe up and say, You mean Fibonacci numbers and fractal geometry. All eyes at the island glaze over. I try to explain the construction of nautilus shells and how broccoli florets look the same no matter how far you zoom in.

I pause for a breath. Someone says, Did anybody see Grey’s Anatomy last night?

I think of the smell, but I don’t actually smell it.

The smell returns and I catch rank whiffs in random places.

I’m at the grocery store. Busy shoppers are piling carts full of boxed and packaged substances that manage to pass as food. I think about rancid hamburger, rotting fish, and moldy peaches churning in their warm, sluggish intestines.

I smell the smell. It gets stronger at the checkout counter, where I am forced to sandwich between people in line, who have no respect for personal space.

I smell the smell again when I stop to gas up at a convenience store on the way home, where people are gathered at the pumps, trying to draw attention to their new 19-inch wheels or the boats they’re pulling.

The smell follows me into my house. But it fades away after a while.

Something begins to dawn on me.

So here’s my theory: I think . . . it makes sense . . . I think I’m detecting on a metaphysical level the state of humanity.

I’m actually “smelling” the ignorant masses. They stink, to be more precise.

It’s as though I am detecting something that was always there, underneath the surface of 3D reality, because my olfaction has increased in power.

My hyper-nose may be picking up a reality beyond three dimensions. My superior brain is apparently apprehending a quantum phenomenon beyond the abilities of normal humans.

So that’s it. I try to wrap my head around this. It supports every supposition I’ve had about the inferiority of humans as intelligent beings. I was right, as I always am. This new evidence of the noxious and unevolved nature of the human race is as disturbing as it is validating.

What am I going to do? I have to live here on this planet. I simply can’t go through the rest of my life with the smell.

I resign myself to my lot as a superior being amongst unevolved humanity forced to smell them ad nauseam wherever I go. I read The Hitchhiker’s Guide to the Galaxy again, just to commiserate with Ford Prefect and Marvin.

Life goes on. Such as it is.

So I’m at my drawing table and I’m not making any headway on sketches for a carton of eggs with different personalities. Hard-boiled, soft-boiled, addled—you get it. Or maybe you don’t.

I decide to take a break and do something mindless. I can’t abide wasting time stuck and doing nothing. So I grab my sack-like purse and start cleaning it out. I have a habit of accumulating receipts which eventually have to be filed.

And all of a sudden, I freeze.

A hint of something suspicious billows out of my purse and accosts my hyper-nose. My scalp tingles as though Lucifer is playing with my hair.

At the bottom of my purse I see a wadded-up bag. I pull it out with trepidation. Inside the bag is something wrapped in crumpled foil. I unwrap the foil. I feel a wave of nausea.

I unearth the uneaten remains of a bean burrito.

A rotten, rancid, stinking, noxious, slimy, half-eaten burrito. It must have been in there for weeks, maybe months.

At the bottom of my purse.

Underneath all the other stuff. Hiding, as it were, but making itself known nonetheless. Covered with an embarrassing plethora of receipts, grocery lists, tiny note pads with torn pages, and sundry other purse accumulations. Because, my shame, my one embarrassing truth is, no matter how clean I keep everything else, my purse is always a disaster.

I was carrying the smell around with me, the whole time.

Except when I used a small, decorative purse for the party.

Neurons fire along convoluted synapses to the memory: I went to a movie with my boyfriend; I was starving and I never eat the GMO popcorn doused with yellow hydrogenated oil; so I picked up a vegetarian burrito to eat during the flick; I only ate half; I stuffed the remains in my purse after obsessively wrapping it up so it wouldn’t touch any of the important crumpled notes and tax-deductible receipts living there.

So much for me always being right. Hence, my public confession to the unwashed masses I blamed.

But know this: My folly doesn’t change the fact that I’m still smarter than you.