The Path with a Heart 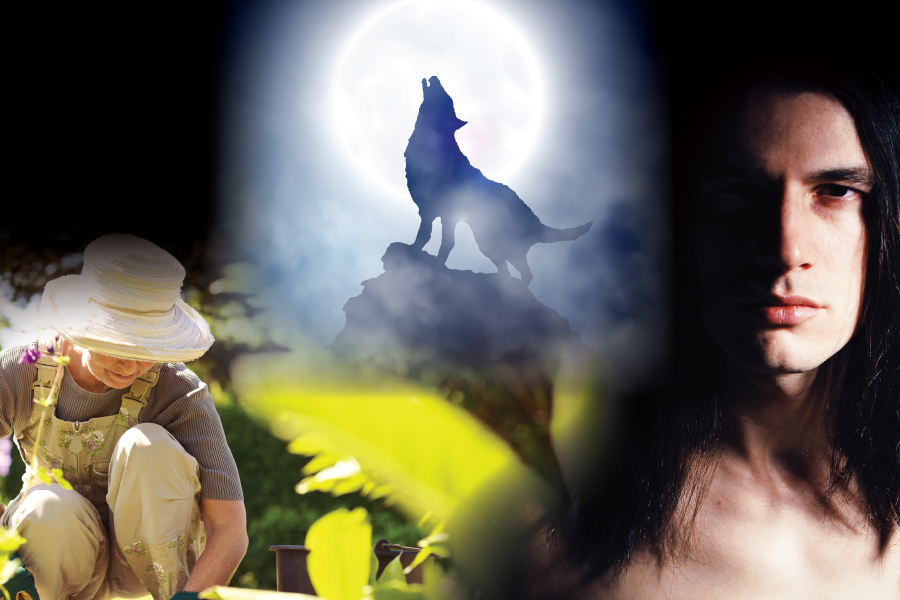 “One day my grandson,” said Dying Wolf, “you will leave the people.”

“I will never leave my people grandfather,” Little Crow said with alarm.

“You will leave the people. Every man, my grandson, must search for the path with a heart. It is the only road worth traveling.”

Little Crow set his jaw with defiance. “But why do I have to leave my people?”

“You do not have to my grandson, but you will. And when you find the path with a heart, it may lead you back to your home.”

The sky was aqua, streaked with faint wisps of clouds and violated at the horizon with a strip of transparent brown. The air was filled with a cacophony of sounds from rushed commuters and city dwellers. Constant beneath the hum of human traffic, nature’s heartbeat could be heard if one were inclined to listen.

Deep in the city’s south side, Amelia Dawson walked out into the backyard of her one-bedroom house. She hummed softly while making her way to the vegetable patch. Gardening was joy to Amelia. Her joy communicated itself to the plants and consequently they thrived.

It had been prophesied by her next-door neighbor, Carlo Laponti, that Amelia’s desert garden would fail. But after tilling and treating the rock-hard alkaline soil, and adding to the patch her special ingredient—love—Amelia produced a vegetable garden worthy of Eden.

With creaking knees, Amelia squatted next to the carrots. She ran her fingers lovingly over their feathery tops. A bright red ladybug was blinking in and out among the tiny leaves, negotiating a path with apparent purpose. Amelia heard metal jingling and looked to the chain link fence.

Daddy Joe—otherwise known as DJ—dropped into the yard and began washing his grimy toes. Thick neck and battered ears marked him for an independent tom who stopped by occasionally to accept Amelia’s handouts. A more regular visitor was Mr. Beaujangles, who appeared right after DJ through a chink in the fencing. Fatter than DJ and rattier due to his venerable age, Beaujangles had long since dropped the pretense of feline pride. He made his way over to Amelia and plopped down purring.

Amelia did not hold with keeping “pets.” She did not think she owned anything, let alone one of God’s creatures. She knew the correct interpretation of Genesis 1:26 was that man, and in her case woman, was honored with the responsibility of caring for the earth and all upon it. Therefore, she did not own DJ or Beaujangles. They were free to come and go and live their cat lives as they were meant to. She accepted the responsibility, however, of providing food for them, as they had come under her care.

Amelia’s late husband had found Beaujangles in the alley, curled up next to a dry shrub. He had put the dying cat into a box lined with rags and nursed him back to health with tender dedication. Gabe’s eventual death had caused Beaujangles to molt great patches of fur with grief.

“Hold on you two,” Amelia said as she gently pulled up a bright orange carrot, “while I finish gathering up my supper and I’ll feed you.” Beaujangles continued to purr complacently but DJ stopped cleaning his toes long enough to look up and blink. He stared spellbound at an iridescent dragonfly weaving a circular pattern just above Amelia’s head.

The evening brought subdued heat and a gentle breeze. It stirred the fronds of Amelia’s palm tree to life. They swayed gracefully against a coral red sky and rustled with soft swishing whispers. Amelia could always hear these subtle sounds of nature over the ceaseless traffic when she put her mind to it; she considered this ability a necessity of city life.

The air in her backyard was fresh and alive with rich scents. Amelia breathed it in with deep satisfaction. She sensed decay and toxicity all around her yet within her chain link fence, life unfolded. She nourished it with love and knew it to be an integral part of something greater than this—this dead city. An exquisite medley of floral fragrances swirled with spicier scents from the tightly packed herb patch. Cicadas buzzed and crickets chirped. A shiny black widow hung contentedly beneath its messy web of silvery strands, stretched between the edge of the house and a drainpipe. Faint little peeps and whimpers betrayed the dreams of sleeping birds safe behind a veil of delicate leaves and branches. Amelia’s backyard was indeed alive.

Amelia thought back to a time when it had been a little too alive. Three years ago, fire ants had spread across her backyard like an occupying army. Amelia had inadvertently stepped all over them and they had retaliated with stinging bites. That was the first time Amelia had talked to insects.

Pesticide had not been an option. That would have been admitting death into her haven of life; it would have spread like a cancer. Other insects would have died, mice and lizards sicken. And what of her vegetables and herbs? She did not believe that pesticides, which could kill one living thing, were not harmful to another.

In reaction to another ant bite one afternoon, Amelia began to plead out of frustration. “For heaven’s sake!” she had cried out loud. “Move over there, out of the way! That corner over there and stay put. Get out from under my feet!”

One week later, Amelia was dumbfounded to discover that the ants had situated themselves neatly in the east-end corner of the yard—precisely where she had pleaded with them to go. She was not bitten by the ants again.

Dreams still hung in the air as the day dawned pale-pink and dove-gray. The city was quiet, mostly asleep, and the sky glistened with memories of cooler temperatures. Amelia loved the early morning, when she could gather up the dew of tranquility.

While brewing a cup of her special morning herbal tea—an aromatic blend of peppermint leaves, nettle, lemon peel and dried apple—she gazed out the kitchen window. The leafy arm of a bougainvillea reached across the glass, deep green and brilliant magenta glittering in the pale light. Amelia saw a tiny flash of magenta spring up and away and she knew the cutter bees were busy working.

Wouldn’t it be nice to keep bees for honey? Amelia thought suddenly. No, one couldn’t do that in a city, could one? Not in such a small yard anyway. The neighbors would have conniptions. In that very moment the seed was planted however, and Amelia would never be able to fully expunge it from her mind.

Six months later, Amelia had a colony of buzzing, thriving, swirling honeybees. Such was her rapport with the insects she had discarded protective clothing months ago.

The hive shared space at the east end with the ant colony and the orange tree which provided some nectar. Oleanders made a thick barrier between Amelia’s backyard and her neighbors, but Carlo Laponti on the east side became suspicious when a bee landed innocently on his arm while he was tending to his west-end rose bushes.

His face, already red with the heat, darkened to maroon when the bee took him by surprise, and deepened again to purple as his gaze went upward. Amelia Dawson’s orange tree was moving, and throwing up little bits of itself like rice at a wedding.

It was then that Carlo first noticed the buzzing as distinct from the drone of city traffic and meandering litany of complaints that lolled about in his head constantly.

Carlo knocked hard on Amelia’s front door. She answered with a friendly smile when she saw her old friend.

“Amelia, what the Sam Hades is going on here?”

Carlo had peeked already. This he’d done from the vantage point of the alley. After tossing some token clippings into the trashcan, he’d pretended to glance casually over into Amelia’s backyard through the chain link gate. His eyes had nearly popped out when he saw the hive.

Amelia watched as Carlo’s formidable eyebrows hovered threateningly over his flashing eyes. His lips were thinned to nonexistence and he was poised as if to charge into her living room.

“Carlo, please come in. Would you like some tea?”

Her smile was so pleasant Carlo almost forgot why he’d come. “Why . . . it’s them bees! I saw ’em from the alley. A swarm of ’em . . .” He seemed to lose his voice and when he recovered it he lied to prove his point. “I got stung! That’s what! This is a city! You’ve no right to have bees so close to people. They’re dangerous!”

“Dangerous? Why Carlo, of course they aren’t. Why don’t we have a friendly chat and—”

“I don’t call getting stung friendly! Get rid of those bees. If you don’t, I will.” And he stormed off.

Amelia stared anxiously after Carlo. Carlo was her dear friend. He had been there for her after Gabe passed, and helped her through that terrible time. But the man was an exasperating mixture of kindness, gruffness, pride and anger at the world. His wife had died many years ago, and his one child—a beloved daughter—seldom came to visit with her children.

Carlo squatted beside the outdoor faucet wearing a paper surgical mask, gloves and a fishing hat draped with netting. It was early morning and the waking birds were just beginning to sing. He was armed and ready. No one got the best of him and certainly not an independent ballsy widow who had no respect for propriety or the safety of humanity!

His indignation, which enlivened his senses and gave him purpose, was successfully overriding the long-standing friendship with his neighbor.

He checked the valve on the sprayer, rechecked the level of Decam-20 in the plastic bottle and slowly turned on the faucet. The hose sprung to life and stiffened. His gaze shifted menacingly toward Amelia’s orange tree and the mass of writhing bees he couldn’t see but knew were there. Meanwhile, Amelia stood at her kitchen window pouring out a cup of tea.