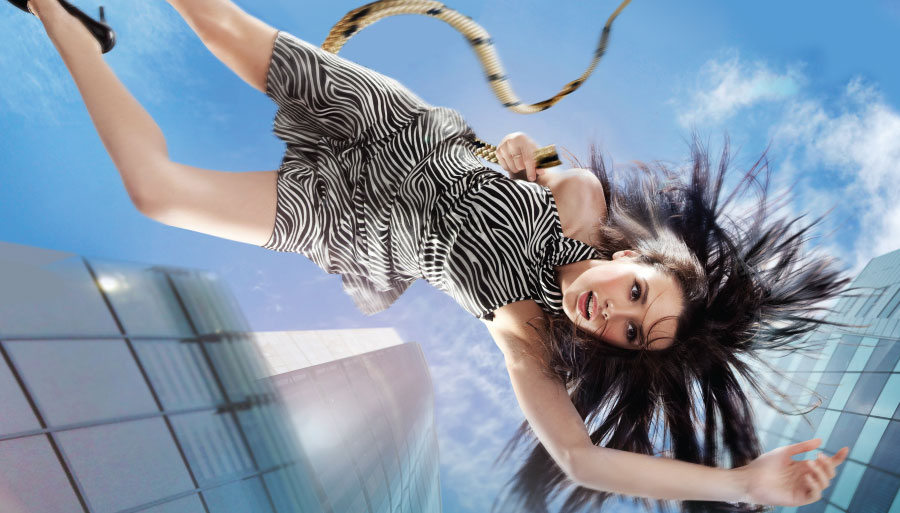 RUSH-HOUR TRAFFIC is always a particular challenge when I’m plagued by residual images from a nightmare.

My dreams are generally nonsensical manifestations of my own quirks and neuroses where, say, I might find myself naked in a high school lunchroom talking to my dead Uncle Ernie about anti-gravity spaceships.

Sometimes my dreams are so surrealistically vivid the colors of waking life pale in comparison, and the “real” world is rendered monochromatic.

But then, there are the repeating dreams. These are the nightmares. They cling, like spells cast by crones shrouded in mist. I wake up crying out, but only a puff of air escapes my lips as I emerge from the black water of sleep. I hear the echoes of the crones’ laughter die away as daylight diffuses the darkness. They leave me with that edgy anxiety I get whenever I exceed my daily quota of caffeine, as though something is my fault, something grotesque and unforgivable, but I don’t remember what it is.

I left for work this morning after such a nightmare. It is always basically the same: I open a door, look in a closet, round a corner, and I suddenly remember I’ve forgotten to feed the kittens. They are lying there in a heap, starving, barely alive, writhing in agony . . . I scream—one of those silent screams so intense it wakes me up.

Rush-hour traffic is worse than usual. A pest control van with ears, whiskers, and tail cuts me off, just as I’m wincing for the hundredth time at the guilt I feel for forgetting to feed the kittens. I slam on the breaks, veer, gasp, and my coffee spills. A string of words all beginning with F and B spews from my lips, while I fumble for the coffee cup like a praying mantis with cerebral palsy. I finally get a grip and look around to see high-end European cars floating by me—little enclosed worlds of soundproof plush. Their stone-faced drivers glance contemptuously over their cell phones at me with genteel superiority at my undignified display. I shrink back down to a pimply-faced adolescent, unsure and gangly. A deep breath steadies my nerves and I tune into the classical station—always a sure-fire device to make me feel grown up.

There is a piece of carpet on the shoulder of the freeway. It’s a dead animal, so flattened it just looks like a carpet. I prepare myself mentally for “one of those days” at work.

I ARRIVE exactly eleven minutes late. Trying to be unobtrusive, I slip into my cubicle like I would a tight-fitting pair of shoes grating against swollen bunions. Fluorescent lights, cheap coffee, and pop music dripping with cloying sentimentality all coalesce to bring job-reality into focus. I glue myself to the computer screen, shoulders hunched, bloodshot eyes blinkless. Starving kittens and bloodied fur carpets fade from my mind.

Over lunch, Gloria—my informant, since I never watch or read the news on principle—tells me that the U.S. has mistakenly nuked a civilian factory in Afghanistan, Senator B. was caught giving head to Senator M. in the White House men’s room, and three children were blown to pieces in their tree house by a cousin taking an advanced chemistry class.

I fill Gloria in on the realities of mind control, government-issued antidepressants, and the MK-Ultra initiatives. The kitten dream has faded and I’m feeling good. A shot of wheat grass and a raw salad set my atoms whirling like dervishes and the spaces between them expanding at an alarming rate. I decide to weigh myself down a little with double-fudge chocolate torte for dessert. Balance is what I aim for.

My blood-sugar levels plummet around two-thirty. I ponder what I might have done career-wise in another lifetime. I have two fantasies: one is to be the lead singer in a famous all-girl rock band, the other is to be a philosopher. My singing voice renders the first improbable, and I haven’t figured out a way yet to make money from the second. My eyelids droop, the room wavers, the music recedes . . . I stare at the papers on my desk for a good ten minutes. I feel a soft brush against my ankle. I look down and see Fluffy, my cat. I stroke her back. She arches and purrs. I smile and close my eyes.

Gloria’s voice drifts over the four-foot wall and interrupts my reverie with jagged sound waves shaped like shark’s teeth. I jerk awake with an echoing snort, wipe drool from my chin and look around. The cat is gone. Then I remember Fluffy ran away two years ago, and I am in job-reality now.

BRETT COMES HOME after work as I’m stir-frying pad-Thai. We eat silently with wooden chopsticks, my nose stuck in a book and Brett surfing the Internet on his phone. Occasional comments fly back and forth, unrelated and abrupt: “Got the Comtec account.” “Pass the chili sauce please.” “Trade show’s been moved up. I leave tomorrow.” “Wow, she thought she was pregnant but only had a tumor . . .”

I read a particularly sad passage in my biography of Bloody Mary. She wanted a child so badly, she manifested a growth in her womb. Something urges me to look across the table at Brett. As if the dream crones have lifted a veil, I see him suddenly: the little boy, the child shining out of his face, skinned knees, uncombed hair, dead beetles in his pockets, wanting only love and acceptance and his own place in the sun. My breath catches in my throat, my heart is squeezed almost out of existence and I long to reach over and touch his cheek, cradle him in my arms and sing to him with a mother’s deep eternal love for her coveted issue. He looks up from his phone as if he’s been touched and speaks. But his voice is decidedly adult; the man is back. I sigh and say nothing.

We make love in the dark. Brett’s head is buried in the shallow of my neck, but I see his dimly lit shoulder, the smooth curve of it, the strength emanating from his body. He is the warrior, the protector, the brave knight, the lustful Roman. Memories flood me, sad, poignant, bitter, sweet, of things said and unsaid between us . . . the unsaid things taking lead. I try to concentrate on having an orgasm but it doesn’t quite happen.

I lay wide-eyed afterwards, held fast by phosphorescent prison bars filtering through the blinds from the all-seeing streetlights outside. Silence fills the room, spreading out like warm water poured soundlessly over polished marble, ancient memories mirrored in its depths, unreachable, only just felt like a word on the tip of the tongue. I ponder the edge of the known universe and fight back the queasiness I experience each time I try to visualize what lies beyond it, or if it even has an edge. Where is the universe anyway? I finally drift into sleep to escape the ball of unanswerable questions churning in the pit of my being.

The crones cackle. The mists eddy. An ancient three-fingered hand forms runes in the air. I try to claw my way up from sleep like a drowning woman with cement shoes, slowed to a snail’s pace by the thickness of the water. I sink down. Blackness envelopes me, holds me, comforts me, laughs hideously at me with omnipotent god-power, takes me down deeper. I open a closet. I find the kittens. One of them is standing, hobbling toward me, staring into my eyes. The scream starts. The heartbeat quickens.

Blackness again. There is a God and she/he rewards my suffering with a splash of riveting color and knee-trembling flight against a star-studded sky pulsing with quasars and nebulae, my fingers at the controls of an alien ship. I smile at an insect-like ET and he/she reveals all the secrets of the universe to me in a phantasmagorical stream, politely leaving out the parts about life-sucking comets crashing into unsuspecting planets.